The Benefits of Pet-Friendly Workspaces 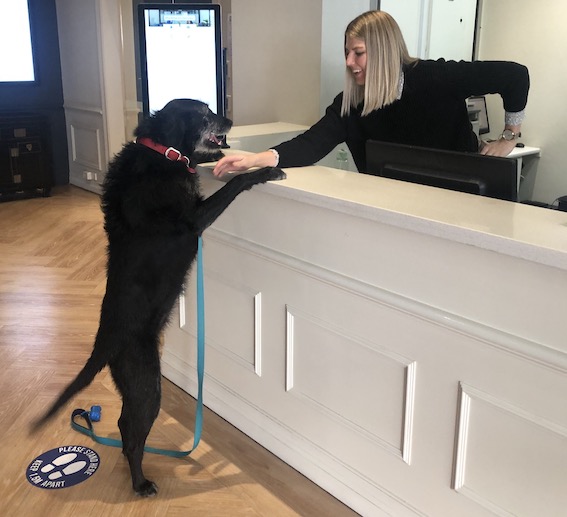 Before the start of the COVID-19 pandemic in 2020, industry leaders such as Google, Facebook and Microsoft had begun to redesign traditional ideas of the office. By including and encouraging the use of unusual workplace features such as ping pong tables, nap pods and pool tables; these companies began to amplify the social and casual parts of their workplace culture. Soon, they became the standard – particularly among generation Y & Z – of modern work experience.

Included along with many recreational perks and a supportive culture, is a flexible policy on pets in the workplace. Google even has an entire section in their Employee Code of Conduct publicising their pet-friendly policies. It’s a trend that’s slowly finding its way into more conventional work cultures and offices around the world, and it’s also a trend that industry experts in commercial real estate have begun to predict will continue to grow in popularity.

Colliers International National Director of Office Leasing, Cameron Williams, says that while most offices do typically ban pets, things now appear to be changing. “My personal view is that it’s something that will come into the market and become the norm in maybe 20 years, I’m not sure when, but it’s becoming inevitable,” Mr Williams says.

Landlords Karbon Property have also noticed the trend. With a majority of their tenants in the creative and tech industries, located in fringe areas like Pyrmont, Ultimo, Surry Hills and Darlinghurst in Sydney; director Josh Watts says upwards of 20-30 percent of his offices are now pet-friendly. “What comes through ... is work-life balance,” Mr Watts says. “It is a growing trend, although not yet in those premium-grade assets.”

Larger Australian companies are also starting to realise the benefits of pet-friendly offices with regards to social interaction and employee satisfaction. Recently, the headquarters of CottonOn Australia made the switch, and are now encouraging their team to bring along their furry friends to work. “Animals play a really positive role in encouraging collaboration, mitigating stress, creating a strong sense of community across our workplace and increasing job satisfaction,” says Greer McCracken, senior PR and communications manager at CottonOn Australia.

There’s also evidence that it’s a significant way to retain valued employees, as bringing your dog to work can be a new incentive offered by workplaces which is not easily replicated by competitors. Along with proving a great employee recruitment and retainment policy, research has shown that dogs promote more social interactions between staff, resulting in an improved social and work atmosphere. Other studies have found that dogs reduce the stress of their owners and other workers in the same office space.

A 2012 study also found that the most unexpected result is how pets in the workplace help employees who would not normally interact find moments to connect. They’re a natural conversation starter, and co-workers frequently bond over a dog; even with regards to helping care for the pet throughout the day. The aptly named Dr Barker, one of the authors of the 2012 study, reported that pets become “a social lubricant. Employees who normally didn’t talk to each other suddenly felt a connection and became part of a team.”

These cultural benefits are one of the reasons why coworking industries have adopted the pet-friendly policy ahead of the curve. As hubs of innovation and collaboration, pets in flexible workspaces match and boost the culture of coworking communities. The social lubricant effects of pets in a coworking space helps to inspire networking and collaboration between our members and with the Christie Spaces team.

The benefits of having pet-friendly spaces flows on to our members who can then use the feature in their employee recruitment and retainment policies. Creating a more relaxed and social environment in our properties ensures both our members and the team have a productive and enjoyable workday. They’re also just a whole lot of fun to have around! With five out of our six properties now dog-friendly, we frequently encourage our members with well-behaved pets to bring them in. Implementing dog-friendly policies across our business helps us - and our members - reimagine work-life in our flexible way.

If you’re interested in exploring our pet-friendly coworking options, enquire about touring one of our spaces today! 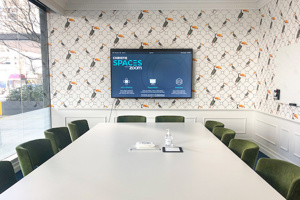 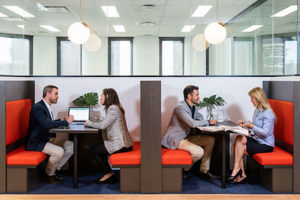 The Rise of Flexible Office Space in Australia 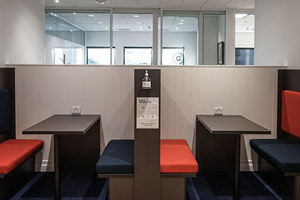 'Back to the Office': Return to Work Guide 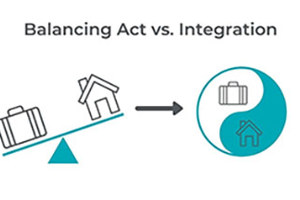